Reputation, on the Stack Overflow Site, is mostly a measure of a user's contribution.

That's fine but sometimes, when looking at a user you encounter on SO, you're more interested in his skills. You don't want a score coming from questions or polluted by a high-scoring answer to a trivial but very popular question.

1. a site ranking all users with (a little) less pollution on scoring. The About section explains how the "skill rep" is computed. 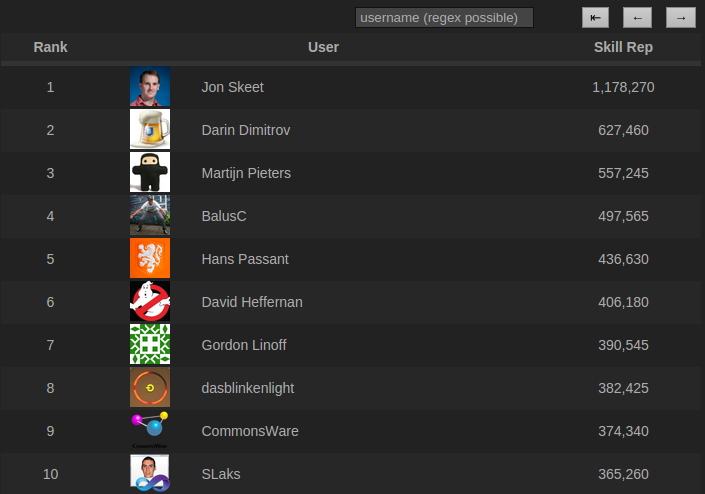 2. an extension for Chrome displaying the rank and skill reputation of all users directly in the Stack Overflow site.

Incidentally it's written in Go. Curious coders might want to have a look at how querying the SE API or serving JSON can be done in Go (it's fairly simple).

Obviously this shouldn't be taken too seriously.

Sorry all, I closed the site.

This was taking way too much space on my server's hard disk and I felt the burden on SO servers was ridiculous for such a tiny amount of users (this never took off).