This user script makes it easier to edit long questions and answers by doing the following things:

If that description is too confusing, here's a short screen cast that shows what it looks like. The yellow sphere around the mouse cursor is just so you can see it more easily; when this sphere turns red, it means "click". 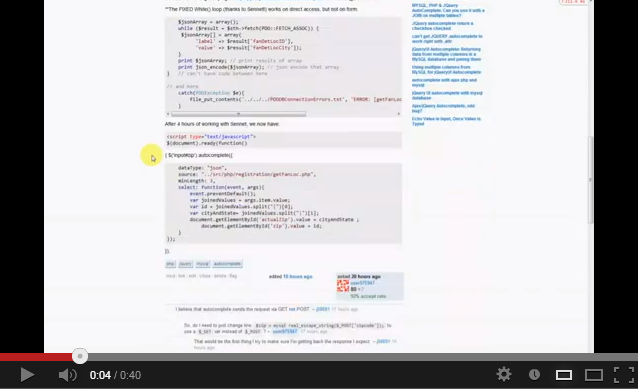 There are a few issues with this user script that you should be aware of. I'm putting the script out there anyway because I have been using it for a while now and have found it to be extremely helpful, despite these caveats.

All that said, you can just try it out and see for yourself.

This looks awesome. Unfortunately I am unable to get it to install in Chrome/Tampermonkey. Interestingly even with hundreds of user scripts from dozens of sources, this is the first time I've had difficulty with any script that worked in Firefox/Greasemonkey and but not Chrome/Tampermonkey.

Helpfully, when trying to install via the link, Tampermonkey silently dies and runs for the hills. Downloading the script manually and copying the code in as a new script is more helpful, but it says it is an invalid userscript. Running the syntax checker brings up several fatal errors and a number of warnings.

the script will refuse to run on MathJax-enabled StackExchange sites

Could you please get it to work for MathJax-enabled StackExchange sites? There are a lot of MathJax enabled sites, especially the science sites, and they could also make great use of this useful script.

There could be at least some way to enable this without hampering performance too much I hope. One way I thought of is to not process the MathJax content outside of the 500pixel Markdown preview area. That way we'd easily save a lot of performance. Though I'm not sure if this is the best way.

98
"Reply" links on comments
88
Better handling of indentation and the TAB key when editing posts
54
<kbd>, Superscript and Subscript, markup shortcuts
17
SE like I like it userscript
10
CommentAssist - Making comments just got easier