It's early days at the moment, but I think it's still useful. The extension currently adds lists of relevant Stack Overflow questions to:

The idea is that, hopefully, the questions that get displayed next to a namespace/class/function will fill in any gaps that are left by the documentation.

I'll be adding more languages and documentation sites over time, as well as opening it up to anyone who wants to add their favourite language or docs site.

You can download the extension from the Chrome webstore.

Here's a couple of screenshots: 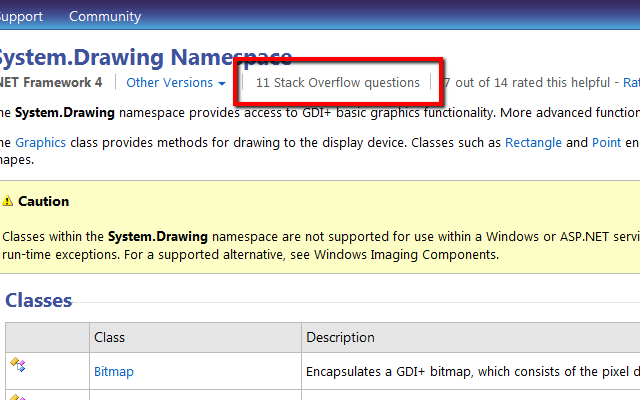 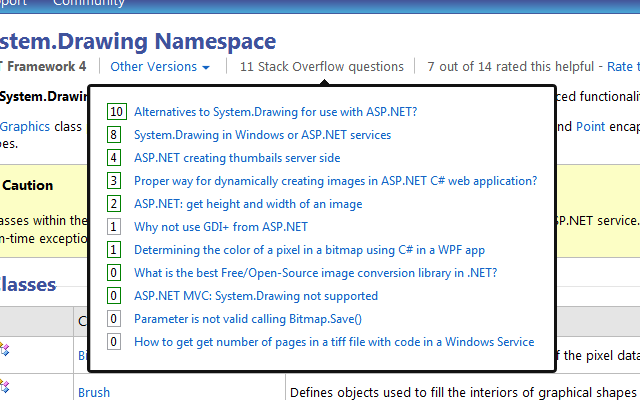