A Search engine for questions answered by Jon Skeet. 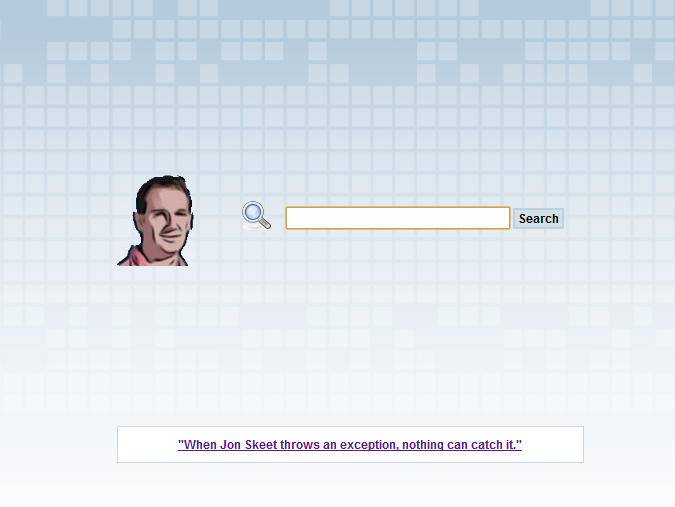 A search engine that focuses on questions asked on Stack Overflow and answered by Jon Skeet. As Jon Skeet is so prolific on Stackoverflow I thought it would be fun to create a dedicated search engine around its answers.

It was originally developed in ASP.NET MVC on top of SQL Server and Lucene. Its initial development started prior to the API becoming available, so it relied solely on screen scraping. The backend was designed with other ideas in mind, so it would actually synchronize the whole of Stackoverflow in to SQL Server whilst updating an incremental Lucene index. The Ask Jon Skeet website filtered the search queries so only Jon's answers were returned.

It has recently been completely rewritten, and it now uses Simple.Web rather than ASP.NET MVC, whilst the database has been taken out in favour of only using Lucene.

The architecture has also been simplified so that the index updates from Stackoverflow in a background thread rather than a separate windows service. This has allowed it to be deployed as an Azure Website.