Once a stack exchange user makes their first contribution, their user card displays a label to indicate that they're a new contributor for a period of one week. This script changes the icon shown next to the "New contributor" banner from a U+1F44B WAVING HAND SIGN into a U+1F4A9 PILE OF POO.

The hover text reminding you to be nice and inviting you to review the Code of Conduct is unchanged. 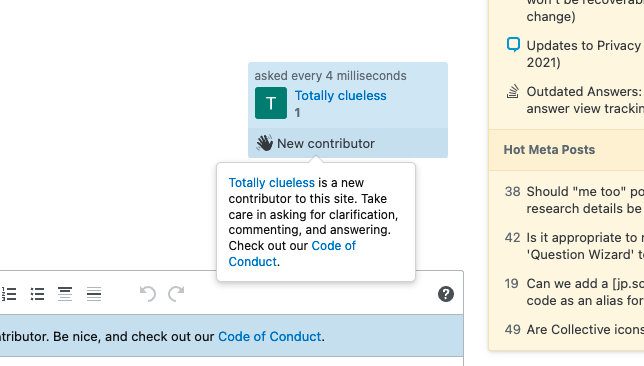 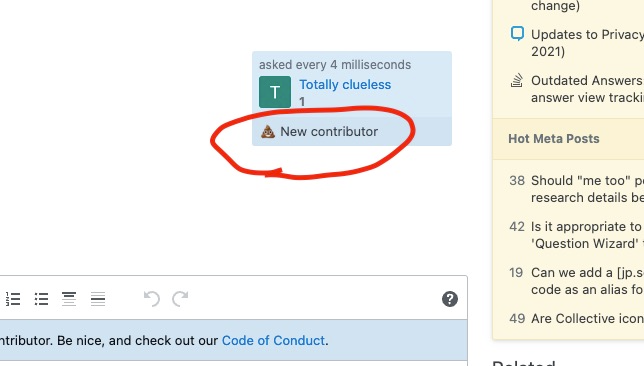 I just want to hide the banners completely

On second thought, I don't want to see questions from new contributors in the first place

I really don't mind the banners, but the popover is a bit much...