Some months ago, Stack Exchange moved to highlight.js v11. One of the breaking changes of this version was the removal of the HTML auto-passthru, which SE uses to indicate addition/deletion in diffs (that is, nested spans in code elements). As a result, highlighting broke in code blocks for diffs.

The bug was reported on MSO and MSE. A week later, a "hotfix" was pushed which has been out for... 2 months! Essentially, it disabled highlight.js entirely on the pages where there were diffs (revisions and suggested edits).

This is a highlight.js plugin. The idea as well as a large part of the code have been taken from this GitHub issue. 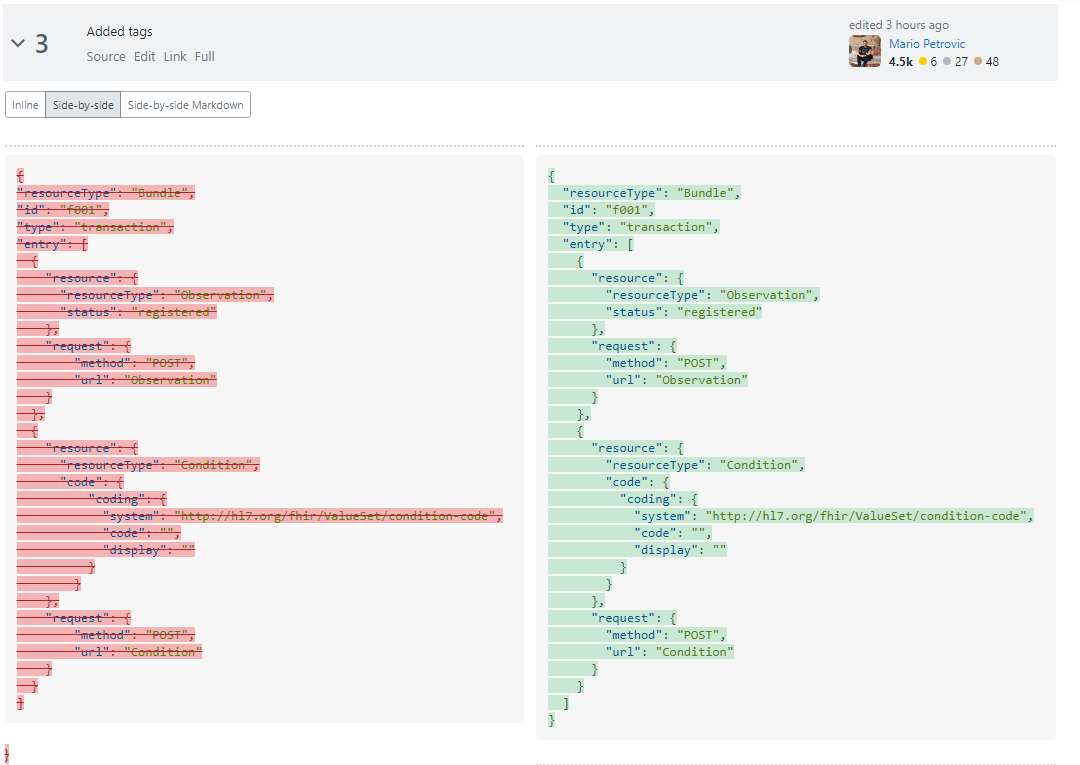 The script should work in most browsers and userscript managers. It has been tested on Chrome using Tampermonkey.

You can add an answer or comment below or create a GitHub issue.