You can download the script from its GitHub repo.

I've developed this by myself, but I'd like to thank Tyberius from Matter Modeling Stack Exchange who assisted development by sharing details about the moderator interface. For now, I'm using SO mod userscripts as a template.

This is still in alpha, mainly because I wanted to get something working so I could release it. Some (but not even close to all) of the things I still have to do:

Some screenshots of the script in action: 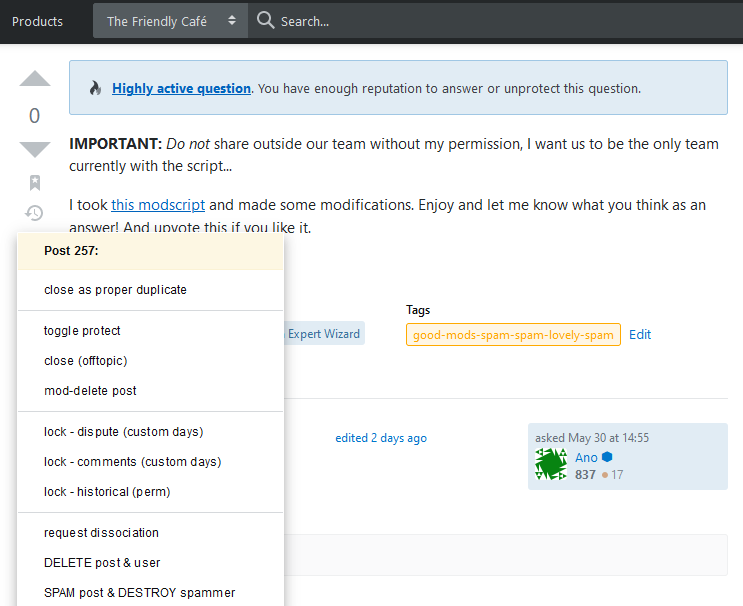 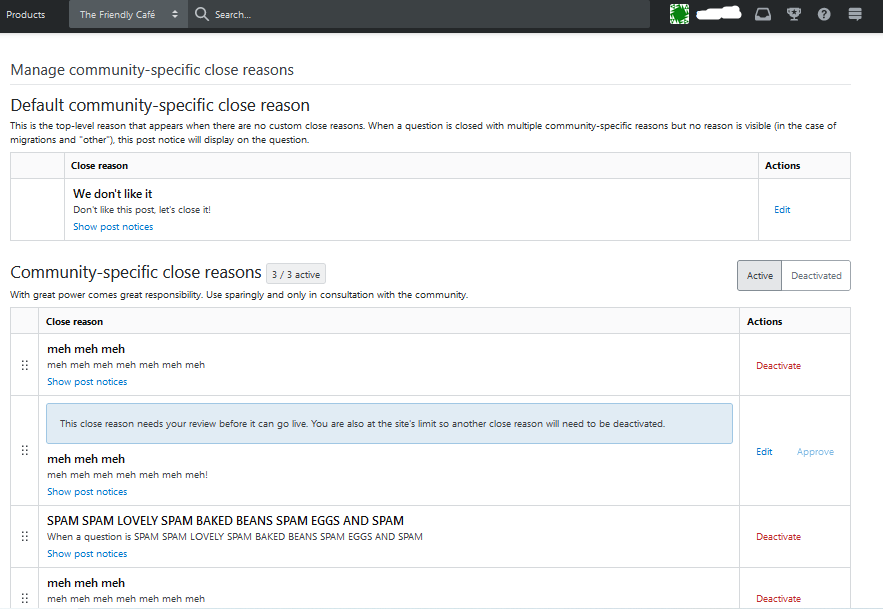 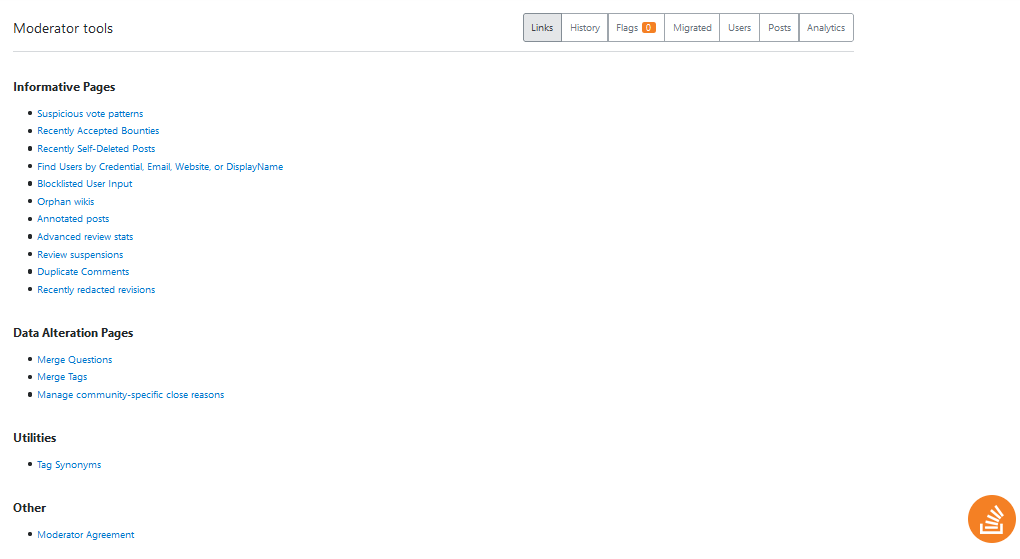 Have you ever wondered what it was like to be a moderator? Or if you are a moderator, wish that you could preform some actions without repercussions (what does that "Destroy Spammer" button do? Too bad I haven't noticed a spammer yet...)? Then this is for you! This script can be used to enable moderation actions on teams, including post actions, user actions and site configuration.  I am planning the following features by the time it's released (no guarantees though):

This is released with the GNU General Public License v3.0.

This app will run under GreaseMonkey, and will be supported on all browsers it supports.

If you have any comments, questions or ideas to add to the list of moderator actions, post them as an answer and I'll respond shortly.

How can I help?

First of all, you can upvote... If you want to do something more to assist, let me know as an answer if I missed any moderator features you would like to see, or any other suggestions.

0
How much can I post about my script on meta if it's relevent?