As observed here, it can be

So I've made a simple API-based tool:

Old display names of a user

It is based on /users/{ids}/mentioned method of Stack Exchange API, which returns all comments in which the user was mentioned. Usernames are extracted and presented in chronological order, with links to comments in case further inspection is needed. There are inevitable spelling variations, as well as occasional false matches (such as "Community" in the screenshot below: it came from a comment by which I was pinged because of being the sole previous commentator.).

I advise against running this for the most active users on Stack Overflow: it will likely drain the API quota. (The script stops when exhausting the quota, and respects backoff should it be received.)

The source is here. The license is WTFPL. 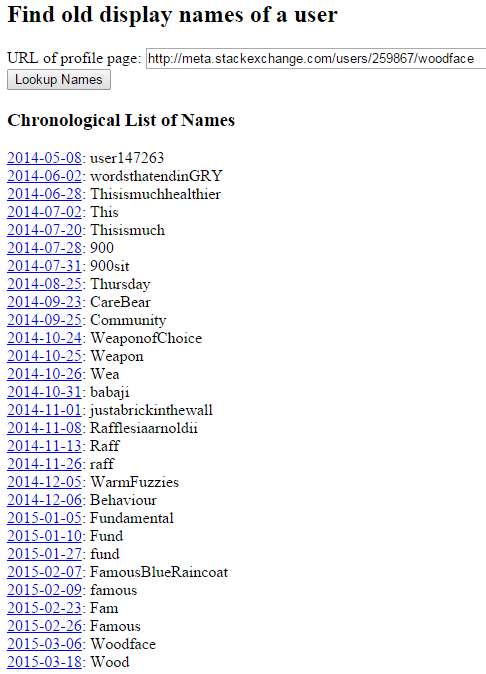