StackScraper is a user script that adds HTML and JSON export options to each question. The JSON loosely resembles the API format and includes the HTML and markdown bodies of all posts, as well as their comments and vote counts (if you have permission to view them). The HTML displays the content similarly to Stack Exchange and includes the necessary attribution. Comments are included, but initially hidden.

As an example, here are the JSON and HTML dumps of a deleted question. 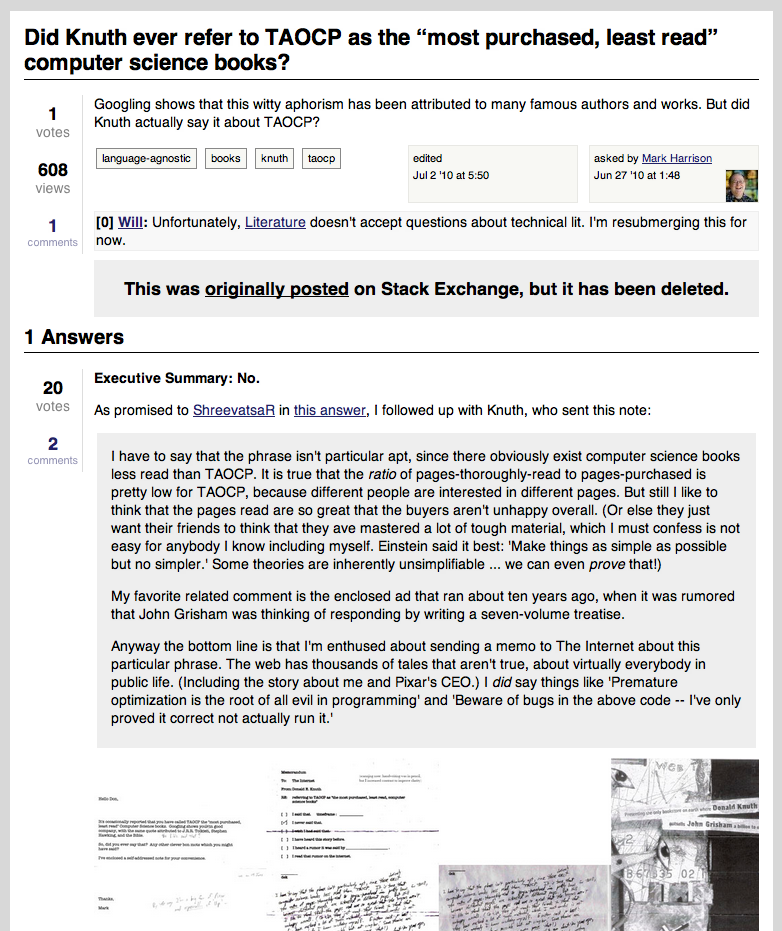 StackScraper was written by me, Jeremy Banks. Feedback and bug reports can be posted as comments or answers below.

StackScraper was written in CoffeeScript. You can view or contribute to the source here on GitHub.